Issued uniform and expenses such as Telephone, email

This is what I will get when I arrive.

Anything else has to be purchased through the commissary.

Email: TRULINCS: This is a program for inmates to communicate with family and friends via e-mail (electronic mail). Inmates must request approval. The system is available seven days a week 6:30 a.m. to 8:30 p.m. The cost of using Trulincs is $.05 per minute.

Phone calls: The Inmate Telephone System (ITS) is a direct/collect dial system. You are authorized to make 300 minutes of telephone calls per month. This may be in any combination of collect and/or direct calls. Telephone credits are purchased from your Commissary account through the telephone keypad in whole dollars amounts only. You may transfer credits a maximum of two times per day. You will receive a PAC number to access your account.  Telephone calls may be placed between 6:00 a.m. until 11:00 p.m.  The ITS provides a warning tone approximately one (1) minute prior to expiration of the 15-minute time limit.

How to send things to me at Alderson

I do not need much and can't have much but I would love a letter. Want details on what you can send see. https://www.bop.gov/locations/institutions/ald/

Mostly just plain white envelopes with letters. Books are nice but I can only have 5 with me at a time. News papers, magazines are nice. I can always share with others who do not have friends to send them things to read.
Posted by Mary M at 8:35 PM No comments:

Thinks you can send to me

Print and mail me things such as legal news, funny things, the news paper.

Ideas of places you can print things from

Watch my video about what went wrong with international adoptions.
https://youtu.be/XV7f4WxhldE
Posted by Mary M at 8:06 PM No comments: 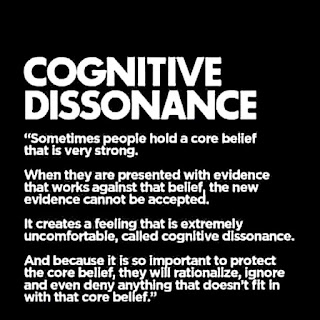 A friend posted this photo to the right on Facebook and it got me thinking.


My core belief use to be the US justice system was fair and one of the best in the world. Evidence has shown me a very different view changing my core values and beliefs about our system. It has created a strong feeling of untrust in the entire U.S. Governmental system.

Our judicial system is no longer innocent until proven guilty. It use to be the prosecution must prove, beyond a reasonable doubt, each essential element of the crime charged. Now it is how the prosecutor with no viable evidence and persuade a jury to accept a story they provide even if there is not any evidence. Prosecutors have become psychological manipulators.

Jury members want to believe that our prosecutors, police and those in power are truthful. When given evidence that this may not be the case they become conflicted and find it easier just to believe what they are told is the truth by the prosecutor instead of balancing all the evidence.

This is often the crux of wrongful convictions.
Posted by Mary M at 7:55 PM No comments:

Sleeping not allowed by Defender in the 4th circuit.

Everyone who has ever sat in a courtroom will tell you if a judge sees a defendant dressed  inappropriately or doing something  inappropriately the judge will order the person out of their courtroom. He or she may even put them in jail if they offend the judge. So why has it been legal for attorneys working in the courtroom to get away with sleeping on the job? 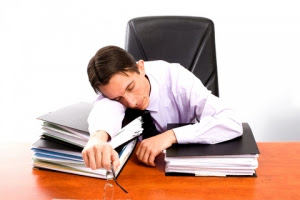 I have heard horror stories of defense attorneys sleeping in the courtroom while trying to defend their client. Recently, I was listening to the public hearings of the Committee to Review the Criminal Justice Act. I heard the testimony of Attorney Stephen Bright of The Southern Center for Human Rights. Mr. Bright stated, "....horrified, to this day that people are sentenced to death when they are represented by  drunks, sleeping lawyers and drug-addicted lawyers or they don't know the law.....the bar and the judiciary tolerates that.......  it can't get any worse that sleeping in trial..... "

I did some research to see why would the Judge or other attorneys in the courtroom ever allow one of their colleagues sleep on the job or show up drunk.  I found many cases where an appeal was made due to ineffective assistance of counsel. Many cases stated things such as sleeping in court, not filing motions, little or no communication and the like.  Most of these appeals were denied because being slack, drunk or sleeping is not considered ineffective.

I looked at the cases Strickland v. Washington and US v. Cronic. These cases set the precedent to allow an appeal for ineffective assistance of counsel. The only problem with this case is that to prove your attorney was ineffective you  must show that counsel’s performance was deficient and prejudicial to prevail.  You have to basically prove that the outcome of the case would have been different if the attorney did the right thing. An attorney can sleep on the job as long as the outcome of the case would be the same if he slept or did not sleep and the judge gets to make that call.
Today I found a recent case, US v. Nicolas Ragin a 4th circuit appeals case decided March 11, 2016. Judges Gregory, Judge Shedd and Senior Judge Davis all agreed that sleeping on the job is not acceptable. I want to congratulate Matthew Gridley Pruden, TIN, FULTON, WALKER & OWEN, PLLC, Charlotte, North Carolina for a great win.

I think this is a great win for indigent defendants. I hope this case will end sleeping on the job in all districts.